Documenting the Remaining Traces of the Theresienstadt Ghetto

Much research has been done on the Theresienstadt ghetto that existed during the German occupation of Czechoslovakia during World War II. Until recently, researchers had no idea that so many vivid traces and objects of those sad years would still be left to be discovered in present-day Terezín. These silent witnesses have not yet been examined systematically.

A German-Czech team of authors, monument conservators and restorers has taken upon themselves the huge task of finding, saving and documenting countless objects and traces. We seek eyewitnesses who remember the Theresienstadt ghetto (1941-1945), or know people who were imprisoned there. The early results of this project are now available. We invite you to take a look at our photo galleries and tell us what you might remember.

Video for Poterne III – Messages from the past

Were you imprisoned in Theresienstadt or do you know people who were imprisoned in the city (1941-45)? Please visit our photo galleries. Do you recognize anything? Please share your knowledge with us. We would appreciate a short message from you.
Contact us

THE DEVELOPMENT OF THE POPULATION IN TEREZIN

Ever since its foundation the fortress of Theresienstadt/Terezín had been a garrison town. About 7,000 civilians and soldiers lived here in the 1930s. This changed drastically when the occupying German forces turned the town into a ghetto and transit camp for Jews from Czechoslovakia. Later, Jews from Germany, Austria and other occupied European countries were also deported here.

The town’s population peaked more than eight-fold, growing to 59,497 in September 1942. After the war, after the ghetto was dismantled and the prisoners left, many of Terezin’s original inhabitants returned and the town once again became a garrison. Toward the end of the 1990s, the population of Terezín sank to an historic, all-time low. Today, only around 2,000 people live in the fortified town.

Welcome to our photo galleries: 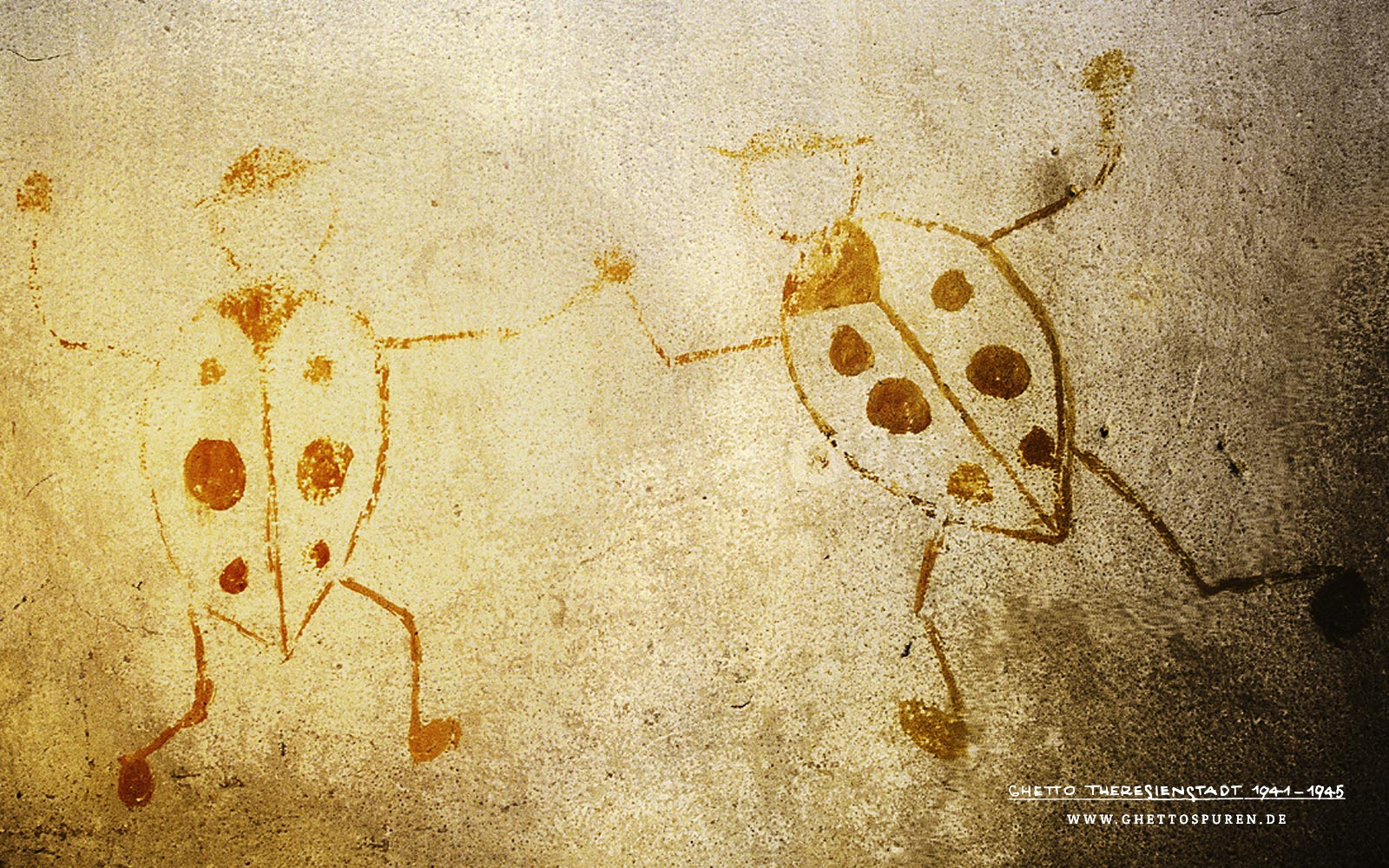 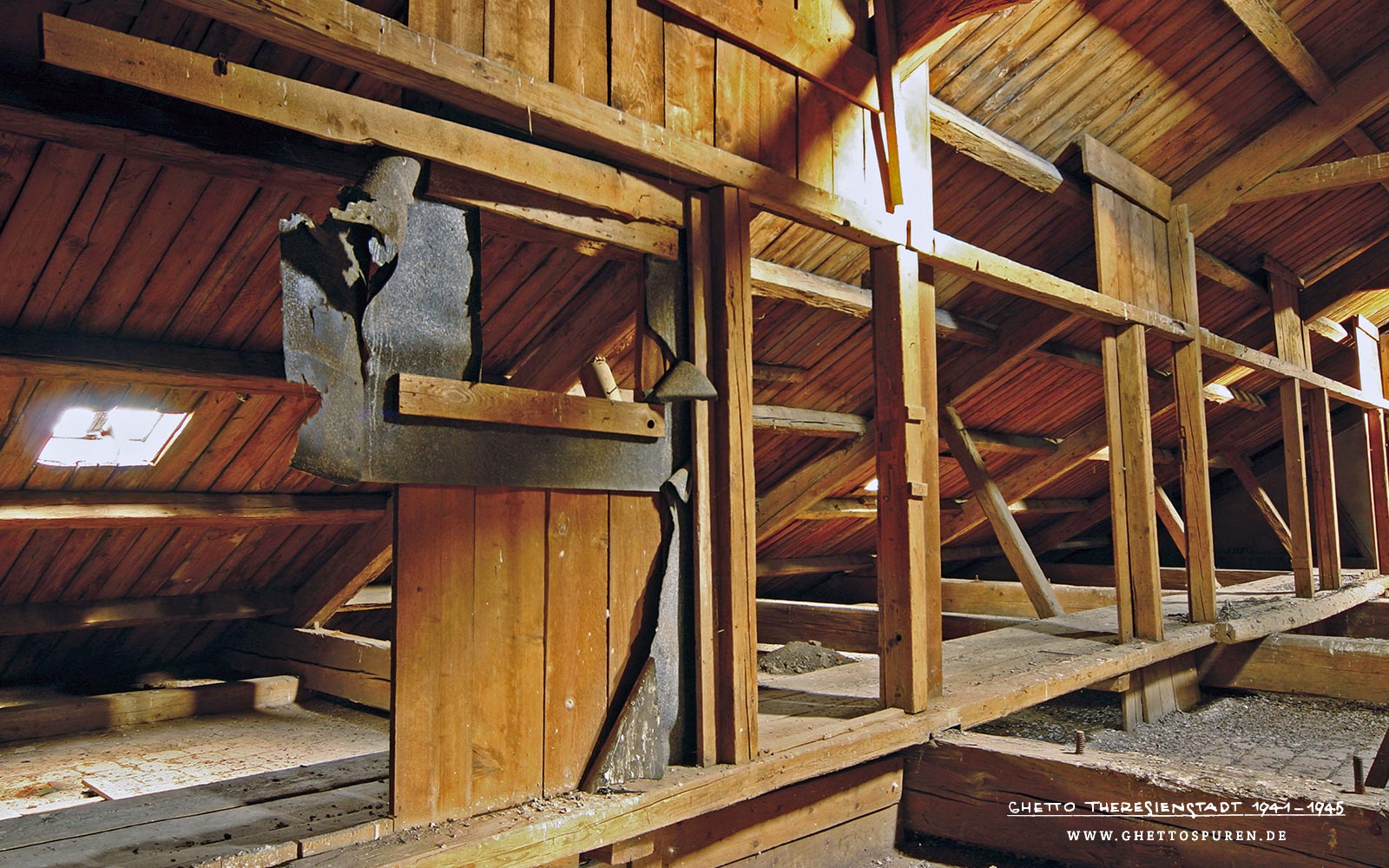 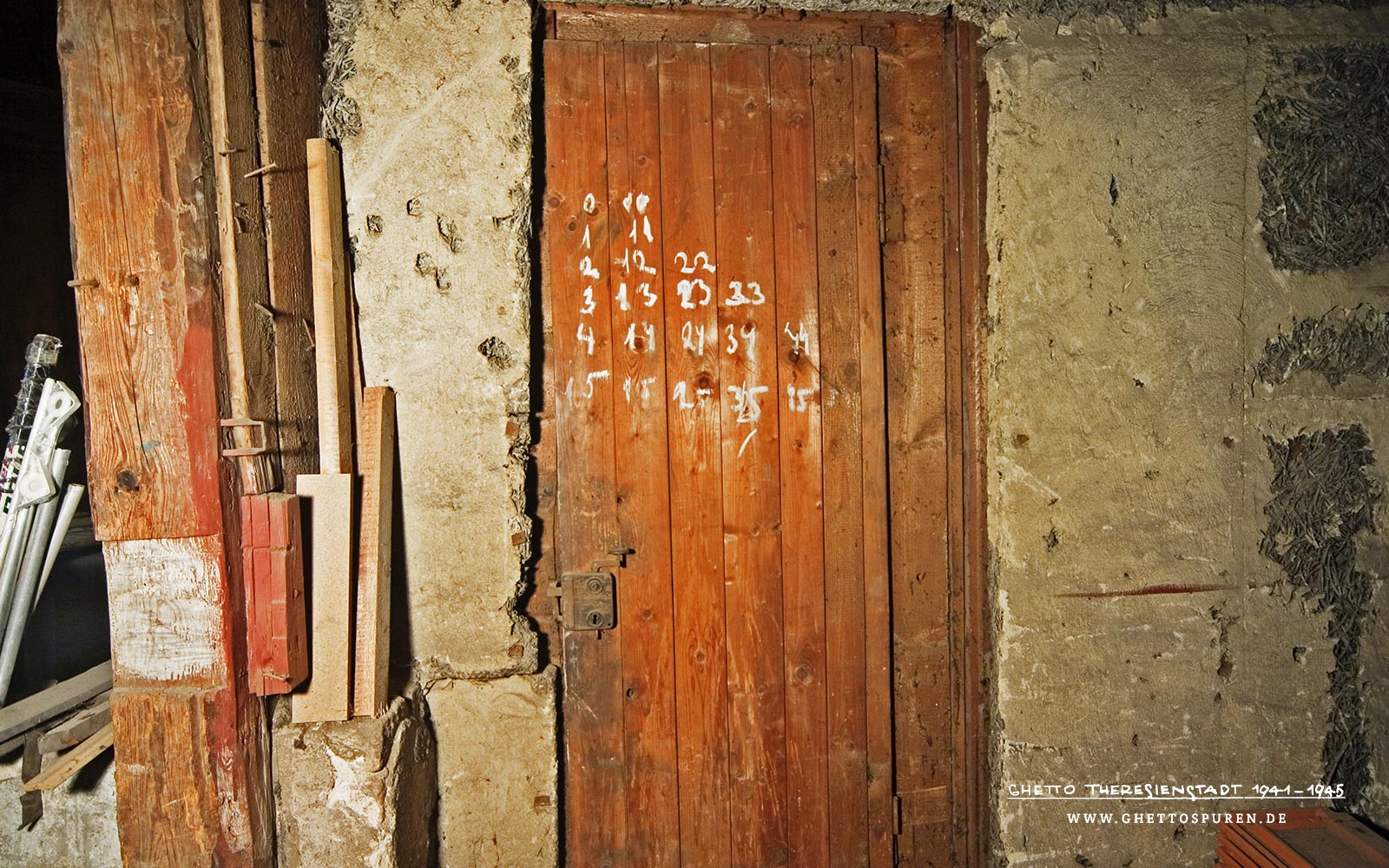 Very expressive pictures emboss this wall section. There are, for example, portraits of someone named “Capitano” and also a contemplative depiction of a Hanukkah candelabra and a palm branch. In certain places, the inscriptions are surrounded by elegant frames.

Click here for interactive map to the north wall

On the surface of exactly two square meters, there are coded messages, names, place names, years and an artistic relief. And alongside these, people have left other messages, among them a sixteen-year old boy who survived the Holocaust.

Click here for interactive map to the south wall