Personal effects once belonging to prisoners of the Theresienstadt Ghetto were recently discovered during attic renovations in Dlouhá Street. Shoes, photos and a suitcase label are among the objects that had been found. Some of the finds still bare their owner’s name.

The highlight of the find was a head tefillin, – a handwritten parchment-scroll inserted inside a tiny black capsule containing biblical verses from Deuteronomy 6. Tefillin are a set of prayer capsules that religious Jewish men wear during morning prayers. One is worn on the forehead, while the other is wrapped upon the upper arm.

A devout Jew probably brought the tefillin with him into the ghetto as one of his most prized possessions. The owners of the building at Dlouhá Street, who have asked to remain anonymous, discovered some of the objects while replacing a roof truss in their attic. In their view, the way that the objects were concealed under the beams indicates the great importance that the prisoners gave in hiding their possessions. The couple is eager to find out more about the background of these objects and the fate which might have befallen their owner.

The unexpected finds such as these suggest that an abundance of precious legacies from the ghetto period are still waiting to be discovered in buildings throughout Terezin. The building on Dlouhá was used to house Jewish prisoners from 1942 – 1945. The photos presented online will soon be supplemented with additional background information. 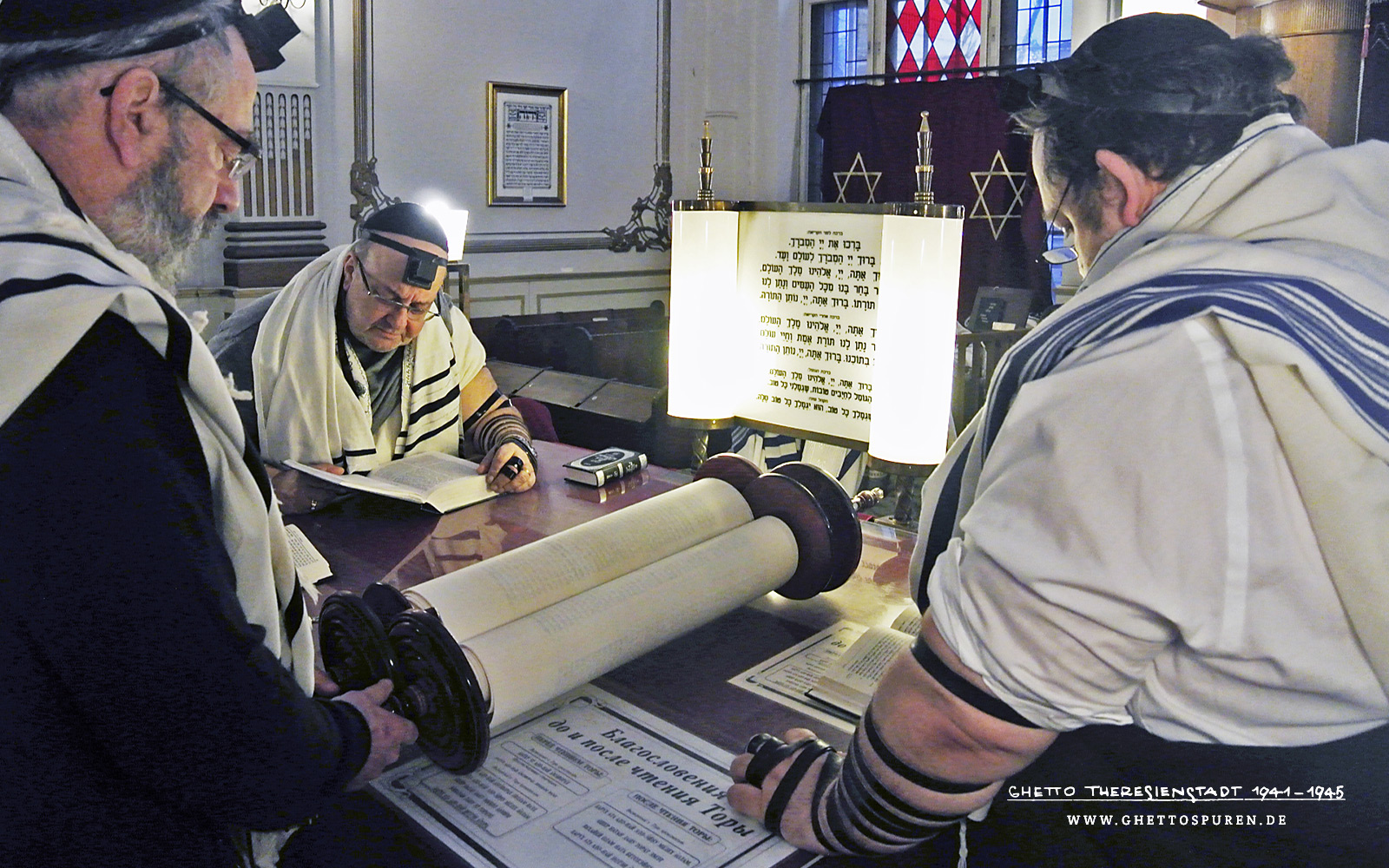 Morning Prayer
Men with Tefillin during a morning prayer at a Berlin synagogue. ©Oliver Bradley 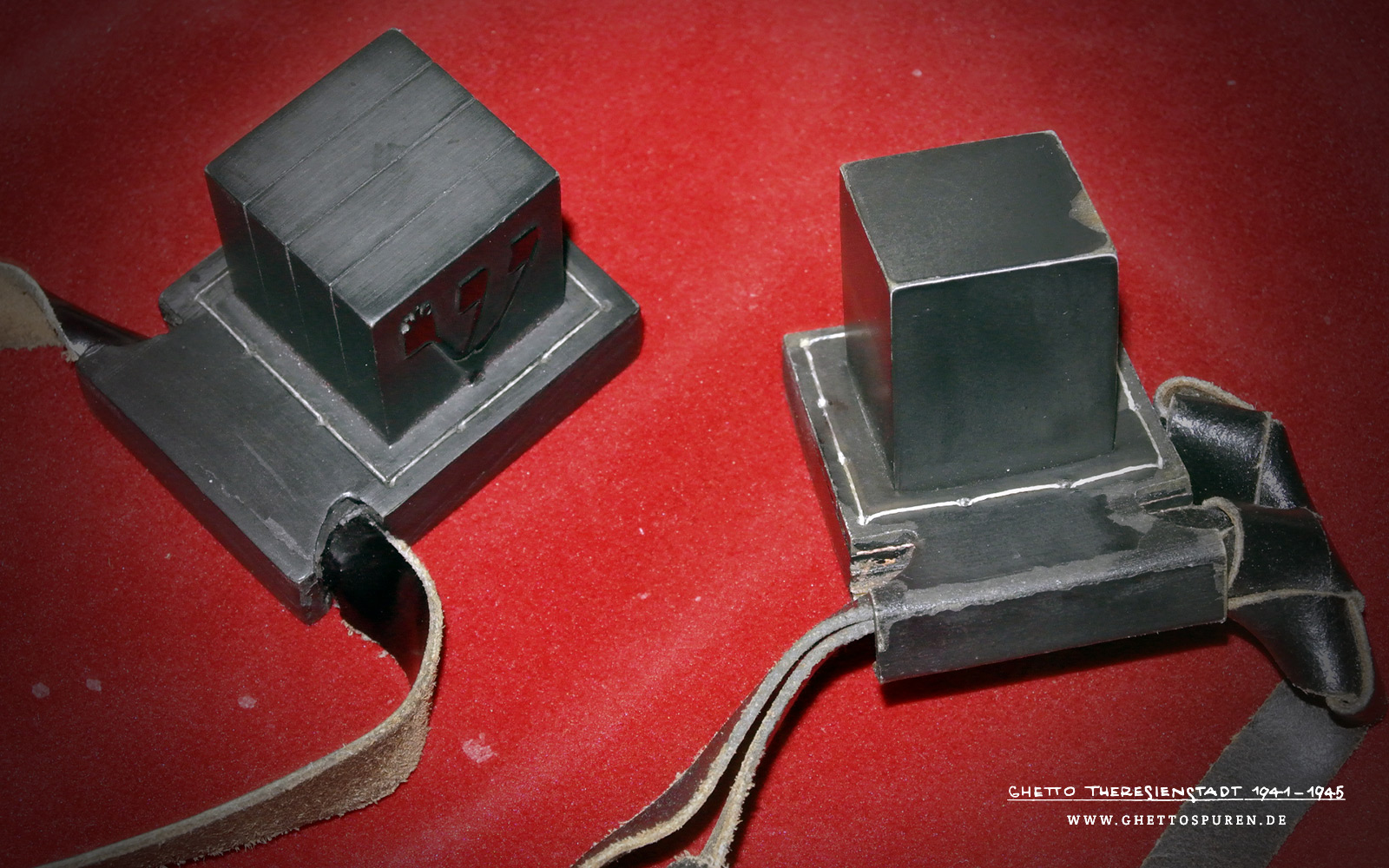 Tefellin
A pair of Tefillin consists of an arm tefillah and a head tefillah. ©Oliver Bradley